Warning: Attempt to read property "display_name" on bool in /usr/www/users/allontyvtn/wp-content/plugins/wordpress-seo/src/generators/schema/article.php on line 52

Giesenhagen – All on 4 Dental In the press 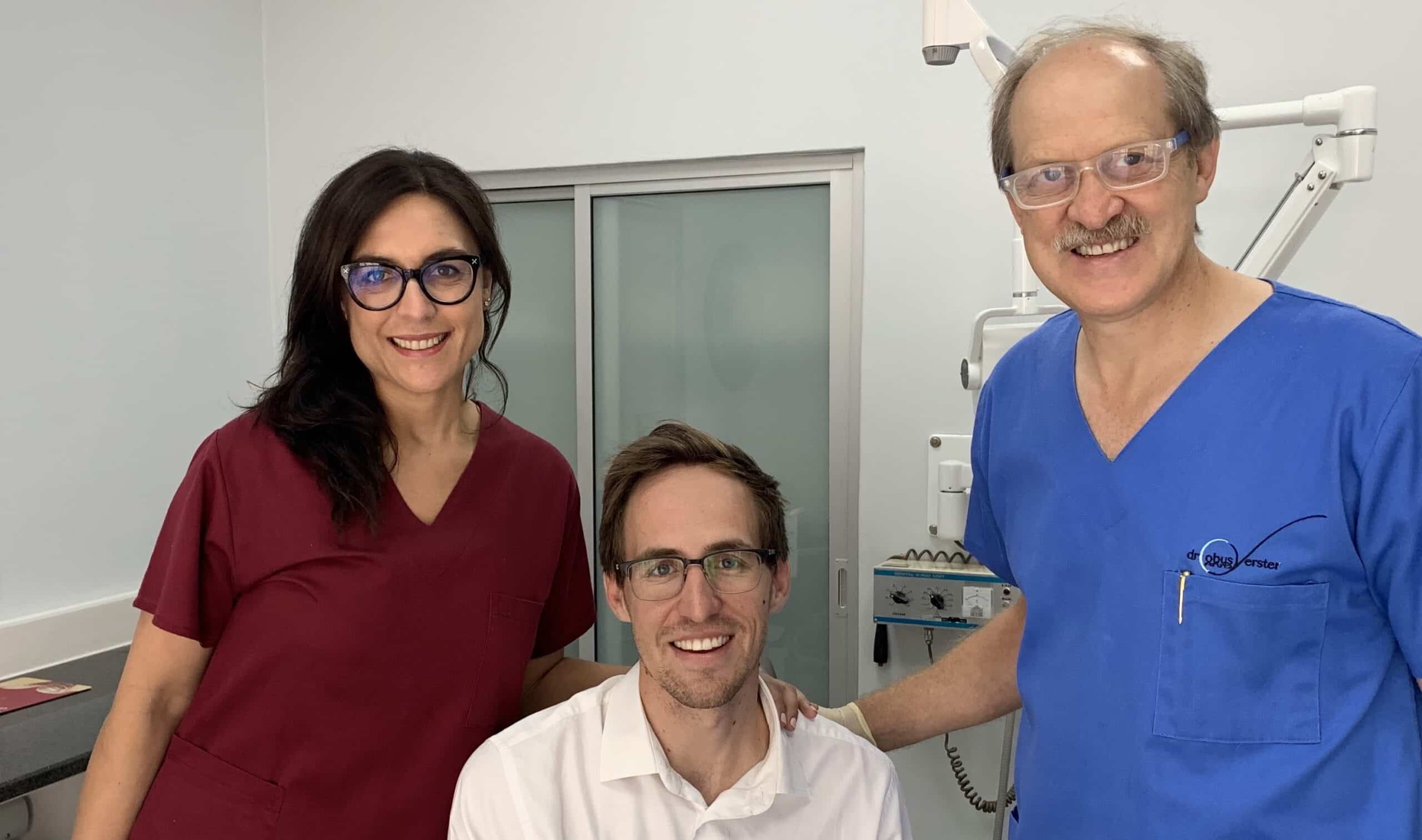 Dr. Ninette Vos and Dr. Cobus Verster with the patient.

What is procedural sedation?

Procedural sedation and analgesia (PSA) entails the administration of sedative and/or analgesic drugs to induce a reduced level of consciousness to such an extent that normal protective airway reflexes and spontaneous respiration are maintained, and cardiovascular function is unaffected. Procedural sedation and analgesia, together with regional and local anesthesia, will place the patient in a relaxed state to make minor surgery possible.

Procedural sedation is not the same as general anesthesia and therefore the patient will not be unconscious and may have to respond to commands from the surgeon and/or the sedation practitioner. The response of individual patients to the administration of sedatives, hypnotics or analgesics is difficult to predict because of individual drug variability. The types of drugs used, the dosages administered, the additive effects of concomitant drugs and the patient’s pharmacogenetic profile all influence the level of sedation.

The objectives of procedural sedation and analgesia (PSA) are to:

How is it administered?

Routes of administration include oral, rectal, nasal, intramuscular and intravenous. Nitrous oxide sedation (laughing gas) is not as readily available and popular as in the past. The intravenous technique (IV) is widely and most often used as the dosage of sedative drugs is more accurate and predictable. The onset of action is also more rapid.

As the drugs commonly used for PSA are relatively short-acting, emergence will follow shortly after the administration of drugs is terminated and the patient is usually ready for discharge within 40 minutes.

The patient should be escorted by a responsible adult and no driving, operating equipment or participating in any activities that require alertness or concentration allowed for the following 12 hours.

If you believe you could benefit from being more relaxed at the dentist’s office, procedural sedation may be a good option for your upcoming appointment. Please get in touch with us today if you’d like to know more.

"I had my wisdom teeth removed in-chair, under sedation. I have been putting off taking care of my dental health for years because of fear and procedural sedation gave me the peace of mind that I needed to go ahead with the procedure. I'm glad that I was able to take care of my teeth in my twenties, avoiding major issues down the line. I had no pain or distressing memories after the operation. A huge thank you to Dr's Verster and Vos."

Enquire today for a tentative quote with full pricing upfront.